The Philosophy behind Jeremiah Willstone and the Clockwork Time Machine

Jeremiah Willstone is a special novel for me, because the smallest of inspirations blossomed into a project that reflects my deepest values. I fell in love with steampunk at Dragon Con 2009, where I saw many amazing steampunk costumes, in particular a young woman with a steam-powered gatling gun. My training as a science fiction writer makes me pick at the loose threads of imagined worlds, so I started to wonder not just what technology could power that gun, but what social changes could have enabled a young woman to become a Victorian soldier.

I’ve been interested in women’s rights since I was a child. Most of the protagonists I write about – Dakota Frost, Cinnamon Frost, Serendipity the Centaur – are female. I once even described myself as “hyper-feminist” until I met some genuine radical feminists with far more militant views, and to whom I gladly donate the term for use in their cause. Still, without trying to crimp the style of men who enjoy being men, women who enjoy being women, and people of all stripes who enjoy their differences, I’ve always been committed to the proposition that everyone in our world should get a fair shake no matter their gender – and always appalled as I learned more and more about the history of oppression of women.

So I decided to make the liberation of women a central feature of the Jeremiah Willstone world. During my research I was surprised to find that the mother of Mary Shelley, Mary Wollstonecraft, was a women’s liberation pioneer over a century before modern women’s suffrage; I was also surprised to find that Queen Victoria was a renowned women’s rights opponent. I researched the whole Victorian era, becoming quite appalled at how married women could be forced to work by their husbands – who could then confiscate all those earnings and go drink them away. The Victorians made great progress over the course of their era, mind you, but I wanted to create a society where those problems were already solved.

Thus, in my world, Mary Wollstonecraft survived to pursue women’s rights. Her daughter, Mary Shelley, changed her name to Mark Willstone to make the case for full liberation. Her daughter in turn became the first in a line of female soldiers that eventually produced my protagonist, Jeremiah Willstone. I imagined a world every bit as liberated as ours – perhaps moreso – but with key differences. For example, rather than collapsing male and female pronouns into a generic “they”, the people of Jeremiah’s world always say out “men and women” or “gentlewomen and gentlemen” as a way of writing inclusion into their everyday language.

Writing this world from Jeremiah’s perspective was difficult. After all, I’m a “guy” – technically speaking, a hetero-leaning bisexual male presenting a cis-normative appearance – and no matter how much I try to learn and empathize, I don’t have the experiences that a woman has growing up in an often male-dominated world. So I did research from a variety of perspectives, trying to give voice to real arguments by feminist scholars into the story. I didn’t get everything right. I probably still didn’t, but when depicting the clash of cultures between Jeremiah’s world and our own, I inadvertently made Jeremiah act as the stand-in for her entire world, and made the women she met as a stand-in for our entire world.

But one person is not the whole world. Our world is filled with Queen Victorias and Mary Wollstonecrafts and a whole spectrum of people between. I listened carefully to all the comments of my friends and beta readers, some of whom had strong opinions, which led to long conversations. I shaved off some of Jeremiah’s prickly edges and added nuance, but it wasn’t enough. Finally, in conversation with my editor Debra Dixon, we had a brainflash: to flip many of the arguments that I wanted to make. Instead of having Jeremiah come off as a full-of-herself lecturing crusader, I instead expanded the world, creating new characters and new situations that challenged Jeremiah to respond with respect and nuance.

The world you and I share has made many advances in women’s rights, but it’s still a world where a young woman recently won a Nobel Prize for getting shot in the face for advocating the radical proposition that she should be allowed to go to school. Jeremiah Willstone and the Clockwork Time Machine is a novel of derring-do and steam, action and adventure – but one in which issues of women’s rights are first and foremost, even as the novel recognizes and respects the broad spectrum of opinions of people on this fundamentally important topic. I hope your visit with Jeremiah makes you think about the history and progress of women’s rights – but those issues never get in the way of having the fun on her adventures. Enjoy!

Jeremiah Willstone and the Clockwork Time Machine is now available at these retailers:

By day Anthony Francis studies human and other minds to design intelligent machines and emotional robots; by night he writes fiction and draws comic books at the collision point of hard science and pure fantasy. He was inspired to study artificial intelligence by Douglas Hofstadter, to become a writer by Isaac Asimov, and to write urban fantasy by Laurell K. Hamilton and Richard P. Feynman. He got his Ph.D in AI and his brown belt in Taido from Georgia Tech; he currently supports his out-of-control reading and writing habits by working at the Search Engine That Starts With a G. Anthony lives in San Jose with his wife and cats but his heart will always belong in Atlanta. 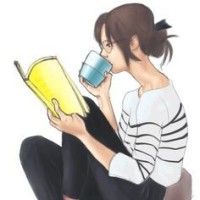 Because We Are Obsessed With Reading

Learning the importance of self-worth